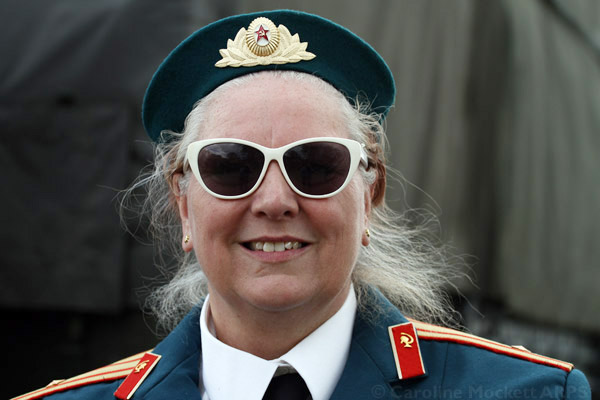 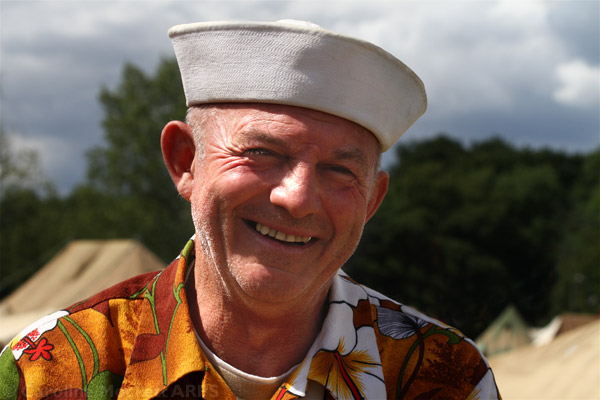 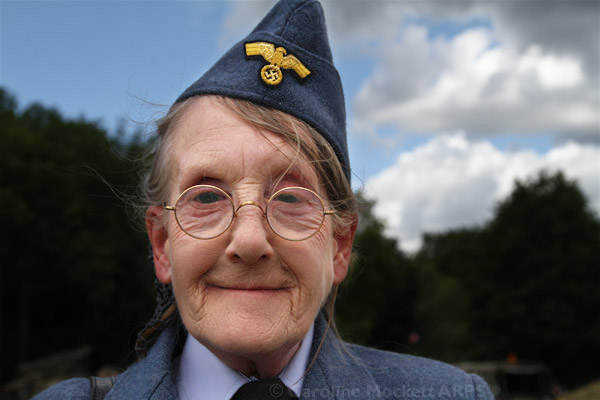 I met Lesley at the War And Peace show in Kent. She was one of the few ladies I saw in costume, wandering around with her husband. He is one of the U-Boat Captains and apparently you’re not allowed near the stands if you’re not dressed in authentic clothes. So she was representing a corp of German clerks who apparently were still given smart uniforms to wear, even though they were not part of the fighting troops. She was a lovely lady to chat to. Thanks for being part of my project, Lesley. 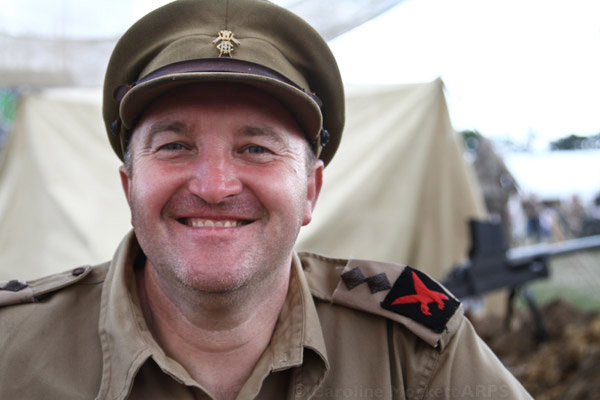 Steve was another re-enactor I met at the War And Peace show in Kent. He was representing the 4th Indian Regiment who fought many desert campaigns in WWII, and has been taking part in re-enactments for 5 years. By chance, his brother bought him a uniform with the red eagle insignia, and a few weeks later he came across a leaflet on eBay which he bought for 50p with the same emblem. The leaflet began:

It was right we should wear eagles upon our shoulders for only birds could have reached the heights and visited the lands where we fought.4th Indian Regiment leaflet

He was immediately hooked, and has been “in” the regiment ever since. Steve was a very amiable Geordie who was very willing to share his knowledge and enthusiasm. 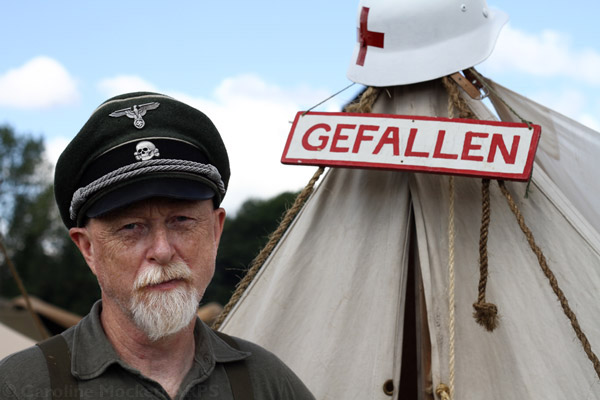 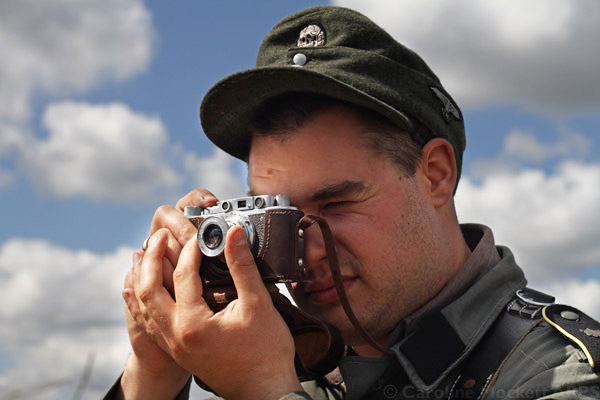 I met Robert at the War And Peace show in Kent today. He was playing the role of a German war correspondent, or Kreigsberichter with the Kampfgruppe StahlKreiger group of WWII re-enactors. He enjoys photography (and had his DSLR discretely stowed away in a tank!) but uses this old film camera to take pictures of the action during the events. He’s been participating for 3-4 years, and was originally persuaded to join by his brother. It was great talking to you Robert, I  hope you got some good pictures of the show!