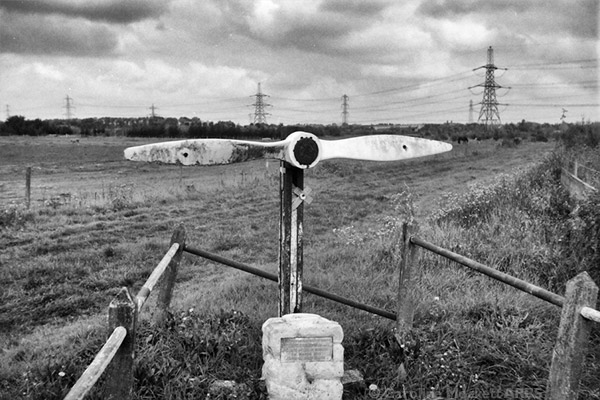 Title: Airman’s Memorial
Location: Rawreth, Essex
Camera: Ilford Advocate / Dallmeyer Anastigmat 35mm f/3.5
Film: Agfa APX 100
Notes: This is a memorial to WWI airman Capt Henry Clifford Stroud of No 61 Sqn RFC, who died in 1918 when his plane collided with another British aircraft over Rawreth, while the two were trying to intercept a German Gotha bomber on it’s way to London. The other pilot’s memorial is about half a mile away, but is now in a rather more advanced state of disrepair. Captain Stroud’s grave is in the churchyard of St Andrews Church in Rochford, but this memorial stands at the site of the plane’s wreckage.
Today’s Digital Shot: Day #2848