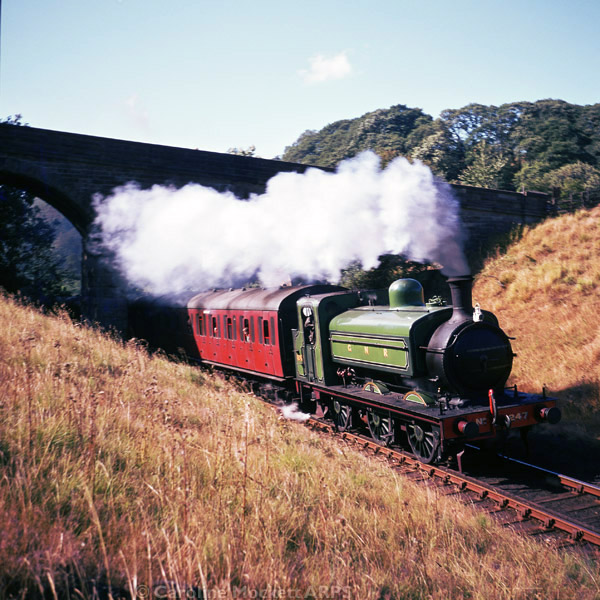 Title: No. 1247 At Darnholm
Location: North York Moors Railway
Camera: Zeiss Ikonta Medium Format (2¼”2) / 75mm f/4.5 Novar
Film: Agfacolour CT18
Notes: My first ever published photograph. It shows GNR 0-6-0ST No. 1247 pulling the 16:00 Grosmont-Goathland train at Darnholm in August 1976. I was just 7 when I took it, on a family holiday in Yorkshire. Dad has always been a steam head, and on this particular occasion I asked if I could have a go at taking a picture with one of his cameras. He wasn’t expecting much, but set up the shutter speed and aperture for me, and said “press the button when it comes round the corner”. I did, and I panned along with the movement as well! He was so impressed he sent it along with some of his photographs to Modern Railways magazine, who published it in their May 1977 edition. Start ’em young, eh?