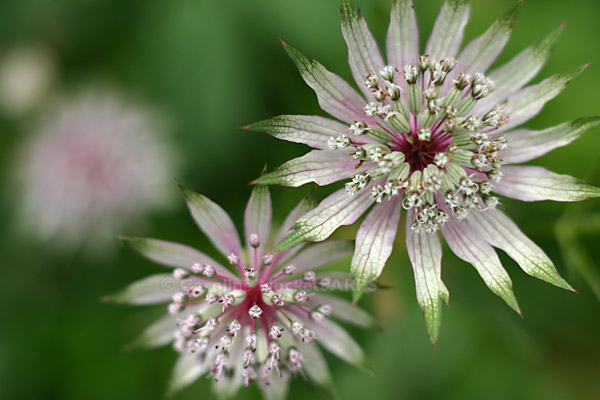 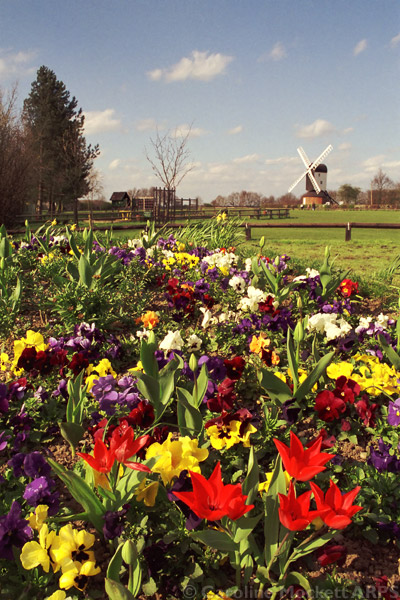 Title: Mountnessing Goes Dutch
Location: Mountnessing Windmill, Essex
Camera: Canon EOS 600 / Sigma 21-35mm EF
Film: Kodak Gold 200
Notes: The colourful flowers attracted my attention at the local village green in Mountnessing. Choosing a wide angle lens and getting down low emphasised the blooms and kept the windmill as a more distant object. The whole scene did seem rather Dutch to me! Not long after this was taken, the flower bed was bricked over to form a lasting memorial to a local who had died – which is a pity, because you will never be able to see such a colourful display there again.