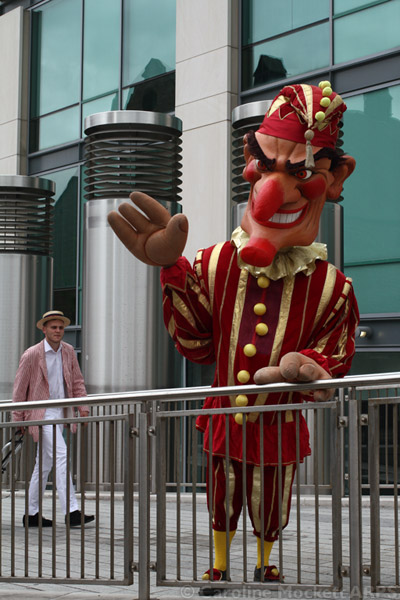 Title: Larger Than Life
Location: Leeds
Camera: Canon EOS 7D / 40mm EF f/2.8 STM
Notes: I spent most of the day indoors geeking out with friends at Leedshack. But on the way to the City Museum from the car park we encountered Mr Punch, Judy and their minder wandering the streets, giving people a wave. I think he was associated with the City Beach and funfair which had just opened in Millennium Square. I thought he was rather fun and would make an excellent image for Treasure Hunt Theme #14 – Street Performer At Work.
One Year Ago: Day #1684
Two Years Ago: Day #1318
Three Years Ago: Day #953
Four Years Ago: Day #588
Five Years Ago: Day #223